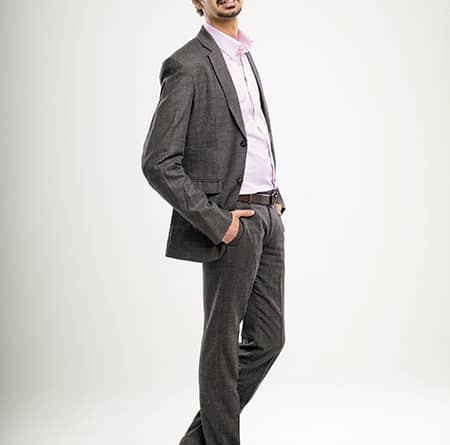 The experience of technology experts working with the government has invariably been tense. But for Nikhil Kumar, an engineer working in the technology space, who has developed application programme interfaces (APIs) for India’s ambitious Unified Payments Interface (UPI), it has been an enriching experience. “[Working with the government] is not so difficult,” he says. “Your credibility depends on your delivery [of performance].”

Kumar, who hails from Karnataka and a family of engineers, was invited by the ministry of finance to organise a workshop of the Goods and Services Tax Network, after being a volunteer at think tank iSPIRT Foundation, which had unveiled IndiaStack—a set of APIs such as Aadhaar authentication, UPI, eKYC, DigiLocker and eSign.

The workshop, which was held in January 2016, was a resounding success. Kumar was then introduced to Infosys co-founder Nandan Nilekani, who wanted someone to organise a similar hackathon and workshop to launch UPI a month later. Kumar successfully organised that as well.
By the end of 2016, post demonetisation, Kumar led the team to create the BHIM app, which was conceived so that UPI could be better adopted. BHIM witnessed 10 million downloads in 10 days.

Kumar met another developer, Sahil Kini, at iSPIRT and in August 2018, they jointly set up Setu, a platform that helps connect companies (which want to serve end customers) to financial services companies so that they can create and build digital financial products across sectors. Setu raised $3.5 million from Lightspeed Venture Partners and Bharat Innovation Fund in April 2019.

Sharad Sharma, co-founder, iSPIRT, says, “The game of entrepreneurship has changed substantially and players have to change. Founders have to be immersed in two messinesses; the messiness of the problem and that of the new infrastructure. Nikhil stands out—by his nature and background… he can tackle both.”

When asked what he sees himself doing a decade down the line, Kumar says, “I would prefer to work at the PMO.” This is because he believes that software and technology can have a societal impact.