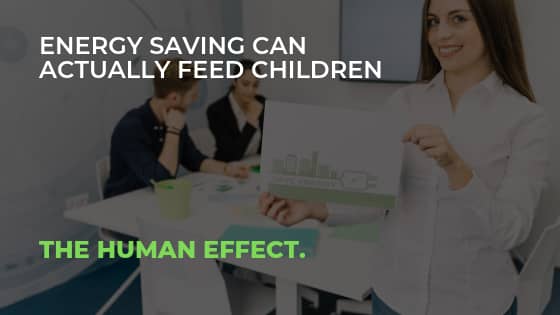 I call this a hypothesis because it is just the dogma of an individual after seeing the problems and correlating with some other equivalent theory and the industry his company works for, to compliment in their own style.

This is a hypothesis, which can cause chaos if it’s considered just as another theory…So, we still have the chance to be not included in /concluded as THE NEXT CHAPTER IN CHAOS THEORY!

This is all about energy and its consumption. As we discuss its usage we speak a lot about its wastage too, which has the major role!

Energy is being transformed from one state to other, the energy which is not utilized or energy utilized more than required is, and also the unrecognized/unknown transformed state of energy is considered Energy wasted.

In chaos theory, “The Butterfly Effect” is the sensitive dependence on initial conditions in which a small change in one state of a deterministic nonlinear system can result in large differences in a later state.

In more apt to the situation, it can be rewritten as simple as,

Your small & simple unnoticed actions here are the reason for huge reactions/chaos somewhere else later.

The butterfly has a very major role in creating natural calamities like tornado, cyclones, hurricanes because of their wing flap which cause a small pressure gap in the surrounding air molecules here, that create a huge damage somewhere later.

“Human Beings are as beautiful & innocent as Butterflies, but not as dumb”.Butterflies don’t know what they are causing, but being the most intelligent species on the earth, I believe our cognition system is far better than theirs. So we can understand how and what damage we are creating, at least we can share it if someone doesn’t know!

This is the stimulus for writing this to all human beings over there, The Energy we wasted here, is somewhere affecting the lives of other people in a very painful way! The name “The human effect” is coined after finding the similarities in the concept of “the Butterfly effect”!

So let me tell you, how much damage we are causing to the whole economy of our country & how injustice we are to the poor without our notice. Allow me to use a situation of a middle class family in India.

A (1) Fan that consumes 100 watts when runs for 24 hrs. a day, the electric power would be Approximately 72 UNITS/MONTH (Average Data)

(Let’s make it equal for one day on both sides. i.e., fan rotated for the whole day & the units spent for 1 day)

[This is how Electricity is measured, Isn’t it?]

The energy transforms into different forms. So, why not we convert its equivalent amount to what is required for the survival of human beings. This is where the hypothesis has started. (i.e., kilowatt-hour into Calories)

So, 1 unit of electricity is equivalent to 860.402 large calories

Harvard Health Publications suggests, The SAFE INTAKE for women is at least 1,200 calories daily and men get a minimum of 1,500 calories a day.

United State’s Energy.Gov (http://www.energy.gov/) says, “This (Electricity) is just 34% of the all forms of energy (including electricity, gas, and fuel) what we use daily and you can save about 30% on your energy bill while reducing environmental emissions”. (http://energy.gov/energysaver/tips-heating-and-cooling)

The following table gives the wattage and daily usage time of typical household appliances owned by a middle-class family in India on an AVERAGE (Credits: http://achahome.com/)

Annually, each house hold can save a lot of energy equivalent to serve up to 500 people. In case if it is a factory /industry/shopping mall, the number is bigger.

If the wastage could not be stopped, someone has to sacrifice their life. It was Nature previously which is abundant, but mankind is not kind enough to save nature for future, so the sacrifice has to be made by mankind ultimately! NATURE HAS NO FUTURE! If at all, it has to be called “Artificial Nature” may be!

There is the rising demand for energy on one side and diminishing natural resources on the other, which will now lead to intolerance of Nature.

The complementary & important information is, the extra fat/cholesterol accumulated in our body is a form of energy and that was snatched from other’s food. Exercise to let go of the energy being stuck wasted in you! This will keep you healthy too!

This is just wastage of Electricity as a form of energy, if we relate the wastage of Gas, petroleum, water, etc. as the forms of energy too, the guilt will kill us.

I find this is the way to explain a common man too. Every time you waste energy, someone is dying of hunger & you are the murderer. Next, it may be you, one of your family member, your friend or other human beings.

New York’s (REV) Reforming the Energy Vision is too far from. India’s Energy vision is still at “understanding the importance of Energy”. Long way to go …

But, that doesn’t mean we are technically backward class. We only have a section of people who are economically backward! The only problem is the information and communication about the state-of-art technologies being developed in India to control and manage energies at homes, shopping malls, factories, industries, apartments, etc.

Each Household can use current limiting prepaid energy meters with the integration of Gas and Water with the electrical parameters thereby, extending the flexibility for the user to budget expenses & save energy whereas the Shopping malls, industries, factories, and apartments can use energy management solutions to avoid a lot of unwanted usages.

We can’t control the whole world! But as literates, we at least know to save power in our surroundings; at office & home.

Note: The values are approximated to less value possible to make ourselves feel less guilty. There is a chance of more wastage than what we actually have estimated because there are still some forms of energy wastage which can’t be noticed!

THIS IS DEFINITELY A STORYTELLING, BUT THE ONE NEVER TOLD OR IMAGINED!

ANY UNTOLD STORY CAN’T BE CONCLUDED AS A HYPOTHESIS BEFORE GIVING IT A THOUGHT! THINK ABOUT IT.