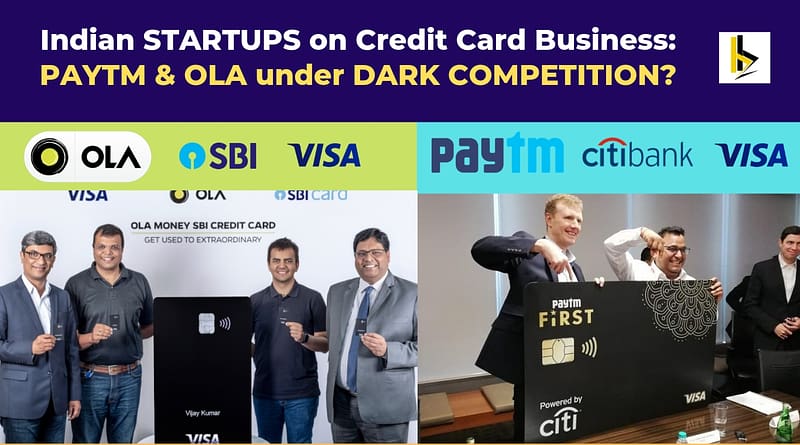 The motto of every business – Money…? Well, it seems to be revolving around it now.

Of course, it is now the scenario with startups but only 50% & the rest is under the claws of competition.

There a very few genuine startups that cope up & the rest of them don’t win a chance to stand in the market. Anyways, this is not our concern as this is a well-known metric & addressed by many startup advisors but now we are talking about

well established & well-funded startups (may not be startups any more) that are competing in the dark.

Within no time, Ola has launched its credit card…

Few hours gap for both the companies to launch their credit card business for their customer base. While Paytm is standing high with 300 million user base of which 40 million are already the debit card users, Ola brings on with half the count of 150 million Digital First (which is what Ola calls them) users.

THE MAIN OFFER FOR BOTH THE CARDS IS 1% CASH BACK ON ALL TRANSACTIONS.

While, there are other offers by both the cards on various verticals.

The Interesting Facts of the DARK COMPETITION:

Let’s look at the offers provided by both the parties.

While Ola’s credit card is with multiple offers on various usages for the new-age Indian consumers with no joining fee,