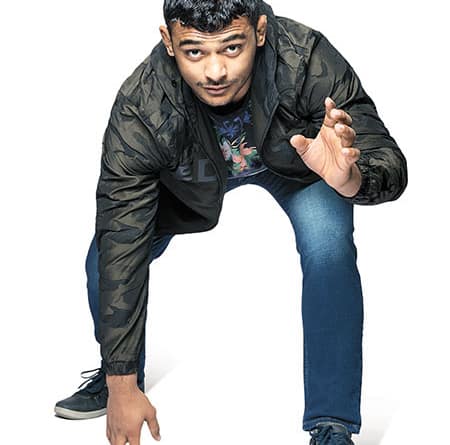 Deepak Punia doesn’t speak much, sometimes not even enough to complete a sentence. At times, the soft-spoken 21-year-old is barely audible over the phone. But put him in a ring and the World No 1 junior wrestler transforms into a formidable fighter. It is this tenacity that has contributed to his rise in the past year.

Last August, Punia became the first Indian in 18 years to win a Junior World Championship, when he beat Russia’s Alik Shebzukov in the 86 kg junior freestyle category in Tallinn, Estonia. Such was his determination to win the gold that he played the final despite sustaining a shoulder injury in the semis. “It was an exhilarating feeling. I felt proud at clinching the top honour,” says Punia, whose father is a milkman and mother a homemaker in the village of Chhara, in Haryana’s Jhajjar district.

He had to settle for a silver at the Senior World Championship in September because an ankle injury forced him to forfeit the final. However, making it to the last four was enough to get him an Olympic berth. “It was a mixed feeling… while I rued missing out on a gold, I was happy to book a ticket to Tokyo,” says Punia, who took a liking to the sport as a child after he saw people wrestling at local akhadas. The sport’s governing body, the United World Wrestling, named him Junior Wrestler of the Year in December.

Coach Virender Kumar says Punia has tremendous power and stamina. That apart, he is disciplined and willing to work on his shortcomings. “He is an attacking player who likes to overpower his opponent,” says Kumar.

It is with this mindset that Punia will head to Tokyo: “I am aspiring for a gold at the Olympics. I want to bring laurels for my country.”