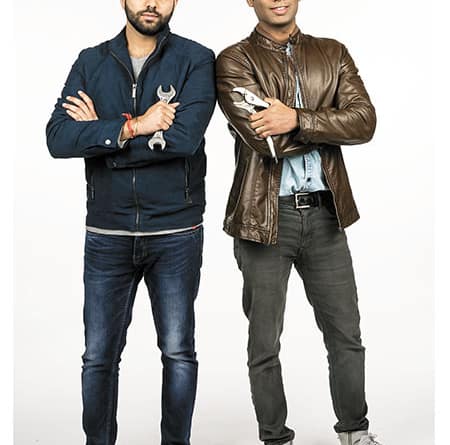 For car owners, getting their vehicles serviced can be a harrowing task. Most prefer authorised service centres rather than the more affordable local mechanics because of the latter’s uncertain quality and lack of transparency in services.

“The first six months were tough, but we made a breakthrough with our contract with Uber for 2,500 cars in Delhi-NCR,” says Rishabh Karwa.

“Sequoia India first invested in GoMechanic a year ago. We found the idea of organising the fragmented multi-billion dollar car repair industry fascinating. The company has grown manifold since then, earning the trust of thousands of car owners. We are excited about its future as it expands to new cities and launches additional business lines,” says Abhishek Mohan, vice president, Sequoia Capital India.

In 2019, GoMechanic raised ₹35 crore in a Series A round, led by Sequoia Capital and Orios Venture Partners. In December, it raised a further ₹105 crore from Chiratae Ventures and their existing investors.

It is present in 12 cities, including Delhi, Mumbai, Pune, Hyderabad, Bengaluru and Jaipur. “In five years, we plan to expand on a full-stack workshop network model, where you can find a GoMechanic Service Centre, our branded workshops, within a 5 km radius in every Tier I and II city. This will change the ecosystem in which car maintenance and service is handled and position us in a segment where we can embrace the future of electric cars,” explains Karwa.

5 Hacks for a kick ass Content Strategy on LinkedIn

One thought on “GoMechanic – Forbes India 30 under 30”