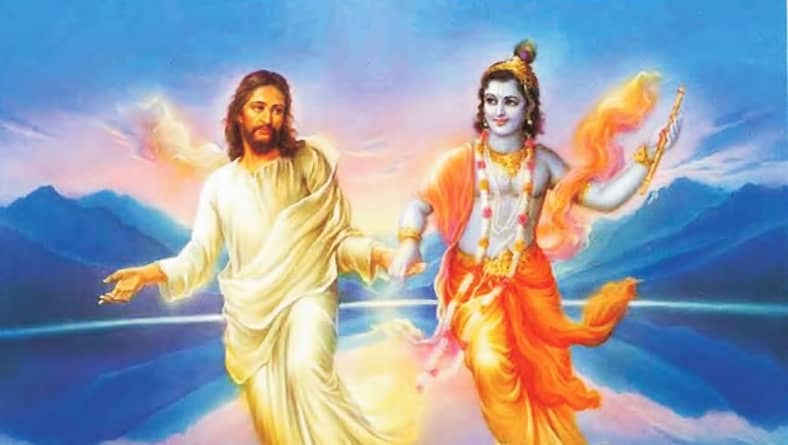 This post is not related to any religion, this is just a general question raised at the end.

We are not religiously so specific & doesn’t have any views or not meant to offend someone. Found the case interesting & shared as received.

The Case Against Lord Krishna..!

With the spreading of Hinduism worldwide, a nun in Warsaw, Poland, filed a case against ISKCON (International Society for Krishna Consciousness).

The case came up in court.

The nun remarked that ISKCON was spreading its activities and gaining followers in Poland. She wanted ISKCON banned because its followers were glorifying a character called ‘Krishna’ “who had loose morals,” having married 16,000 women called Gopikas.

The ISKCON defendant requested the Judge: “Please ask the nun to repeat the oath she took when she was ordained as a nun.”

The Judge asked the nun to recite the oath loudly. She would not. The ISKCON man asked permission if he could read out the oath for the nun.

“Go ahead,” said the judge. The oath said in effect that the nun is married to Jesus Christ.

The ISKCON man said, “Your Lordship! Lord Krishna is alleged to have ‘married’ 16,000 women only. There are more than a million nuns who assert that they are married to Jesus Christ. Between the two, Krishna and Jesus Christ, who has a loose character? And what about the nuns?”

The case was dismissed.

Question: Why was the case not extended to Jesus too? If the same mistake was made by many & that too higher people, would that turn to be the right one?

Just shared our opinion, nothing on the personal note, would expect the same professional reverts as well. Please do suggest/share the better stories with us.

5 Tips to Save Your Business During CORONA EFFECT